The First Balkan Hackathon, “Breaking the Digital Borders,” Has Concluded

The first Balkan Hackathon, organized by the Representation of the European Commission in Bulgaria, Sofia Municipality and Sofia Development Association, the State e-Government Agency, Sofia Tech Park and Webit Foundation, is now over. Of the 30 teams from 9 Balkan countries participating in the 24-hour challenge, 24 were able to produce a working demo to present to the jury.

Nine teams reached the final round. Team Ethereal from Kosovo developed a “smart family” mobile app – for sharing responsibilities beween family members, shopping, paying utilities and family budgeting. Team Swift from Macedonia developed a virtual administrative assistant – a messaging app for communicating with local government authorities: citizens can ask questions and receive answers generated by an AI algorithm. Two teams from ELSYS reached the finals – Infinity+1 and Hushovete. Hushovete developed a voice assistant for the visually impaired using both software and harware on Raspberry Pi. Infinity+1 prototyped an accessibility AI that can interpret and summarize the content of text files and images. Wakanda Forever from Bulgaria created a model of an online university for peer-to-peer learning. Another Bulgarian finalist – Spoko – developed a working demo of Ana, their bulgarian-speaking equivalent of Alexa and Google Home, trained for 24 hours to read news articles and turn home appliances on and off.

The main prize of 5000 euro, generously provided by A1, and an invitation to Europe Code Week in Brussels from European Commissioner Mariya Gabriel was awarded to the Bulgarian team BookvAR and their education app for augmented reality textbooks. The team was also awarded the special prize of 500 euro from the Ministry of Education and Science.

Second place went to another Bulgarian team – XPNCTO – who presented a gamified app for monetizing good citizenship: donating blood, planting trees, volunteering, and other deeds with a positive social impact reward citizens with a virtual currency that can be used to access public services like parking, tickets to museums and concerts. The second place award is 2500 euro.

Third place went to a team from Serbia – Balkan Reconnect – who created an online marketplace for products made by Balkan artisans and won 1500 euro. The cash prizes for third and second place were provided by Sofia Municipality (Sofia Development Association).

In addition, several other special prizes were announced. Green Sofia awarded 500 euro to team Waste Heat Map from Macedonia for their app on reporting unregulated waste pollution. The Sofia Development Association award, the first scholarship to the newly unveiled Sofia Innovation Lab, accredited by Sofia University St. Kliment Ohridski, was won by the all-girls team Winners from Baba Tonka High School of Mathematics in Ruse. Finally, The Representation of the European Commission in Bulgaria invited the members of 5 teams: Spoko, Hushovete, Waste Heat Map, BMPKP and XPNCTO, for a visit to Brussels and the European insitutions in September.

The Balkan Hackathon showed breaking down the borders of the Balkans in action and confirmed that creativity is the greatest resource for increasing connectivity. 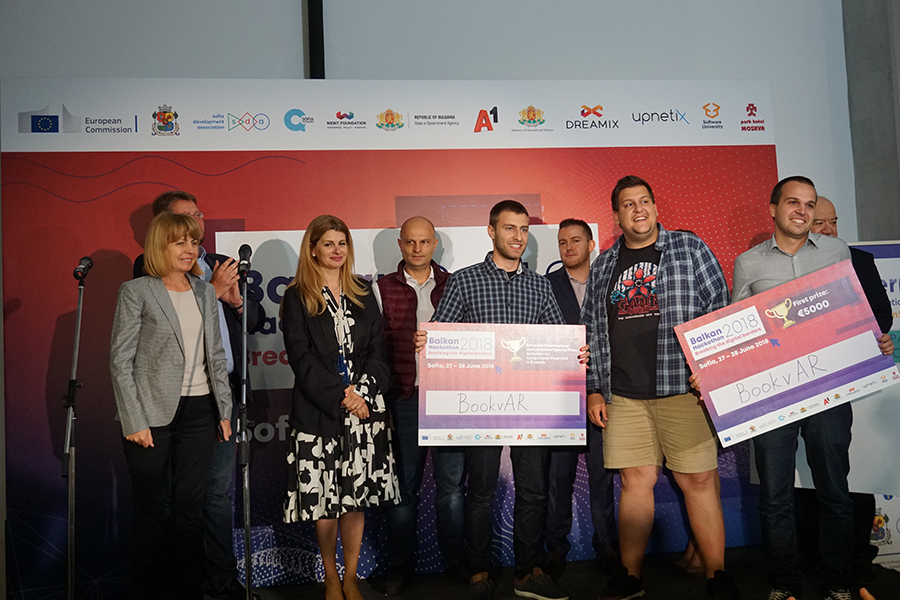 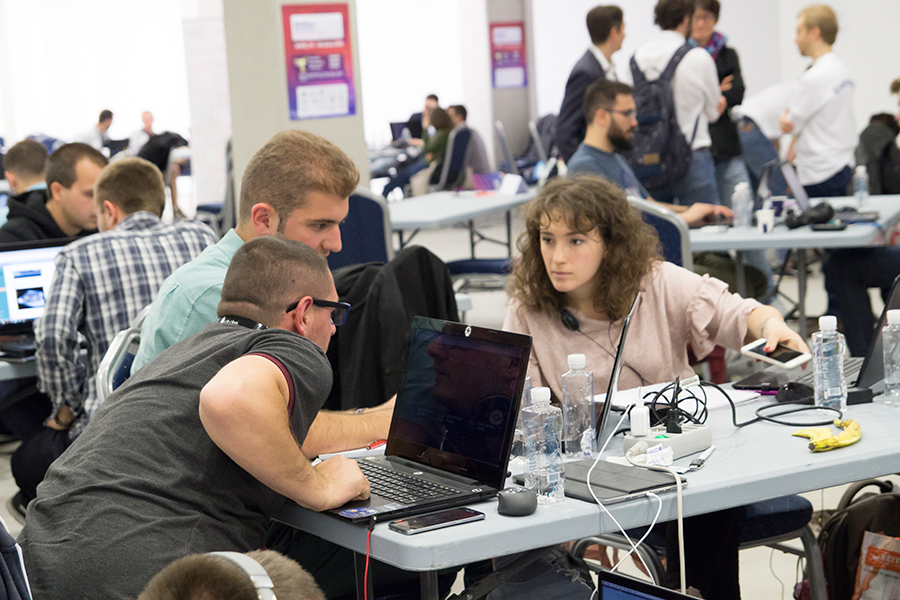